The War For Your Computer 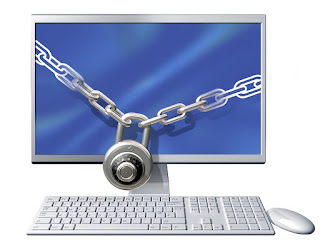 On May 3 there was a massive cyber attack that targeted users of Google.  Although it was shut down quickly, the scheme had the potential to affect up to 1 billion people.  If you opened the e-mail and clicked on the attachment, this would have given the hackers access to your computer.  The scheme took advantage of something called OAuth, or Open Authorization.  OAuth is how Apps communicate with each other, such as your Uber app accessing your mapping software, or Amazon's Alexa connecting to your appointments. This is clearly not the work of some disaffected teenager, this is computer hacking on an industrial scale.  The recent Google threat got me thinking about the state of cyber security and its future.  In this war there are the hackers, the people trying to stop them, and all of us non-combatants stuck in the middle.
First, let's talk about hackers.  According to the Merriam Webster Dictionary, a hacker is defined as "a person who illegally gains access to and sometimes tampers with information in a computer system."  Here is a link to the worlds largest data breaches since 2004.  By scrolling down the list you will notice that with each passing year the data breaches are becoming larger and more numerous.  If we were keeping score, it would appear that the hackers are winning!
Although there are certainly individuals that hack into computer networks, more and more we are seeing the emergence of organized hacking by groups or even governments.  The University of California at Berkley's Center for Long Term Cybersecurity (CLTC) has run scenarios of what cybersecurity might look like in the year 2020.  If you want to more details, here is the link to the full report.  The first scenario makes predictions regarding what CLTC calls "The New Normal."  According to Tech Republic, here are highlights of what we can expect:

I don't know about you, but I'm giving serious thought to going back to pencil and paper!